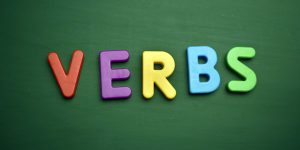 Results Average verb growth was characterized by 50.57 verbs at 24 months, with linear growth of 8.29 verbs per month and deceleration overall. Children with small verb lexicons or slow linear growth at 24 months accelerated during this developmental period. Verb lexicon measures were better predictors of grammatical outcomes than noun lexicon measures, accounting for 47.8% of the variance in Index of Productive Syntax scores. Lexical verb diversity in spontaneous speech emerged as the single best predictor.

Conclusion Measures of verb lexicon size and diversity should be included as part of early language assessment to guide clinical decision making with young children at risk for language impairment.

Acknowledgments
Pamela A. Hadley, Matthew Rispoli, and Ning Hsu
Data collection for the archival database used in this study was supported by National Science Foundation grant BCS-08-22513 awarded to Matthew Rispoli. Portions of this article were previously presented at the 2013 Symposium for Research in Child Language Disorders, Madison, Wisconsin. We extend sincere appreciation to the parents and children who made the work possible and to Paula Acu a and Megan McKenna for their contributions to the data analysis.
Share:
Next Post

Grants for Individuals with Childhood Apraxia of Speech

Grants for Individuals with Childhood Apraxia of Speech